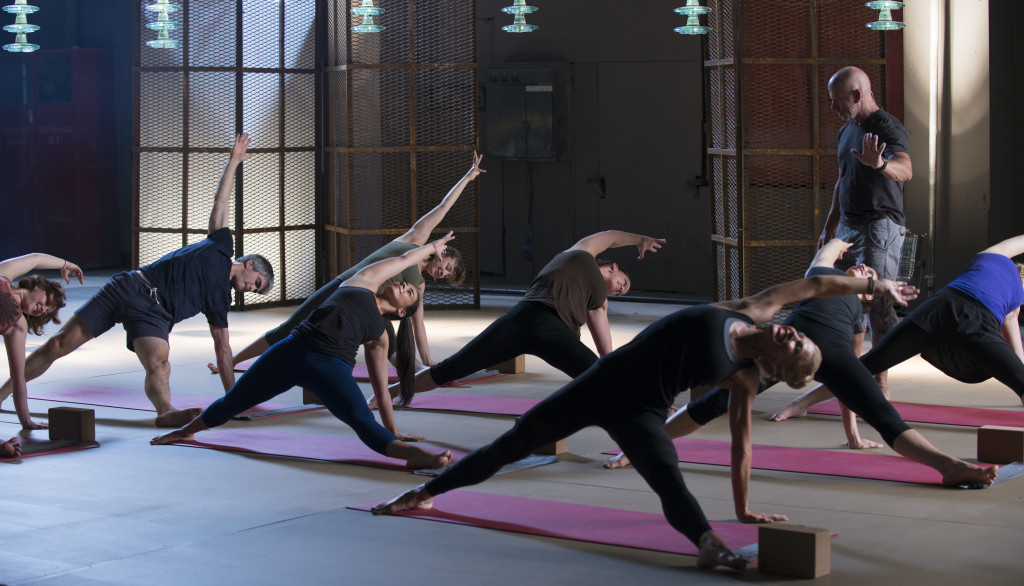 You here it all the time, especially when you get squeezed between a rock and a hard spot. “Keep the faith!” George Michael even wrote a song about it. Being the tough as nails, heavyweight champion of the world, keep it real kind of yogi you know me to be, you might expect me to say, “Forget faith.” But you’d be wrong. I’m all for faith. Heck, when times get really tough, faith is what gets you up the hill (in my case literally, as you’ll see below). In my pre-yogi career as an actor, there was one long stretch of time (i.e. the whole career) when I was out of work, and completely broke. I’m talkin’ completely. My buddy lived up above Sunset Plaza, high on top of the Hollywood hills in West Hollywood, and was kind enough to let me crash in his 10 x 10 garage apt that between you and me, I shared with a washer and dryer, a very large rat, and my 100 pound golden retriever named Mr. R.

It was a pretty dismal situation. Each morning, I would walk down this tremendously steep hill from his house to the Boulevard to pick up breakfast, lunch and dinner for the day from McDonald’s. I’d get two breakfast sandwiches, cause that’s all I could afford. I’d eat the eggs from one for breakfast, eat the other sandwich for lunch, and eat the bread from the first with a can of tuna for dinner. Like I told you, times were tough. But I had faith. The cool part? I never worried. I knew things could and WOULD turn around in an instant, and I was poised and ready to pounce like the tiger that I am. I didn’t just hole up in my buddy’s garage and wait.

I went on every audition I could, and when I wasn’t auditioning, I was working out like a God to stay tuned up and prepped. Tell you what, that 30 minute walk down and sprint up the hill to McDonald’s, the gym and auditions 3-4 times a day had me in the best condition of my life. In hindsight, there was a big blessing in the Spartan warrior lifestyle that I was fully embracing. At 40, yoga finally happened for me. My faith you can say, was rewarded. But in retrospect, even though I got to yoga better late then never, I was training like a yogi the entire time, walking and sprinting up that hill with intention and fierce focus, and working out to build my strength and endurance. As an out-of-work actor, the only thing I had control of was the physical. So I worked out and studied human potential a lot. And in the end, now nearly 34 years later and deep into it’s inquiry, it’s the physical that became my career, my platform, my savior.

George Clooney started acting on television in 1978. It wasn’t until 1994 that he landed ER. He’s what you call a twenty year overnight success, and you know what, so am I. Twenty plus years of exploration and effort, and then boom, a successful yoga career, seemingly overnight. I kept the faith, and worked my ass off in the meantime.

So remember: waiting is a waste of time. Don’t wait, DO. And let faith be what fuels you to get where you were meant to be.